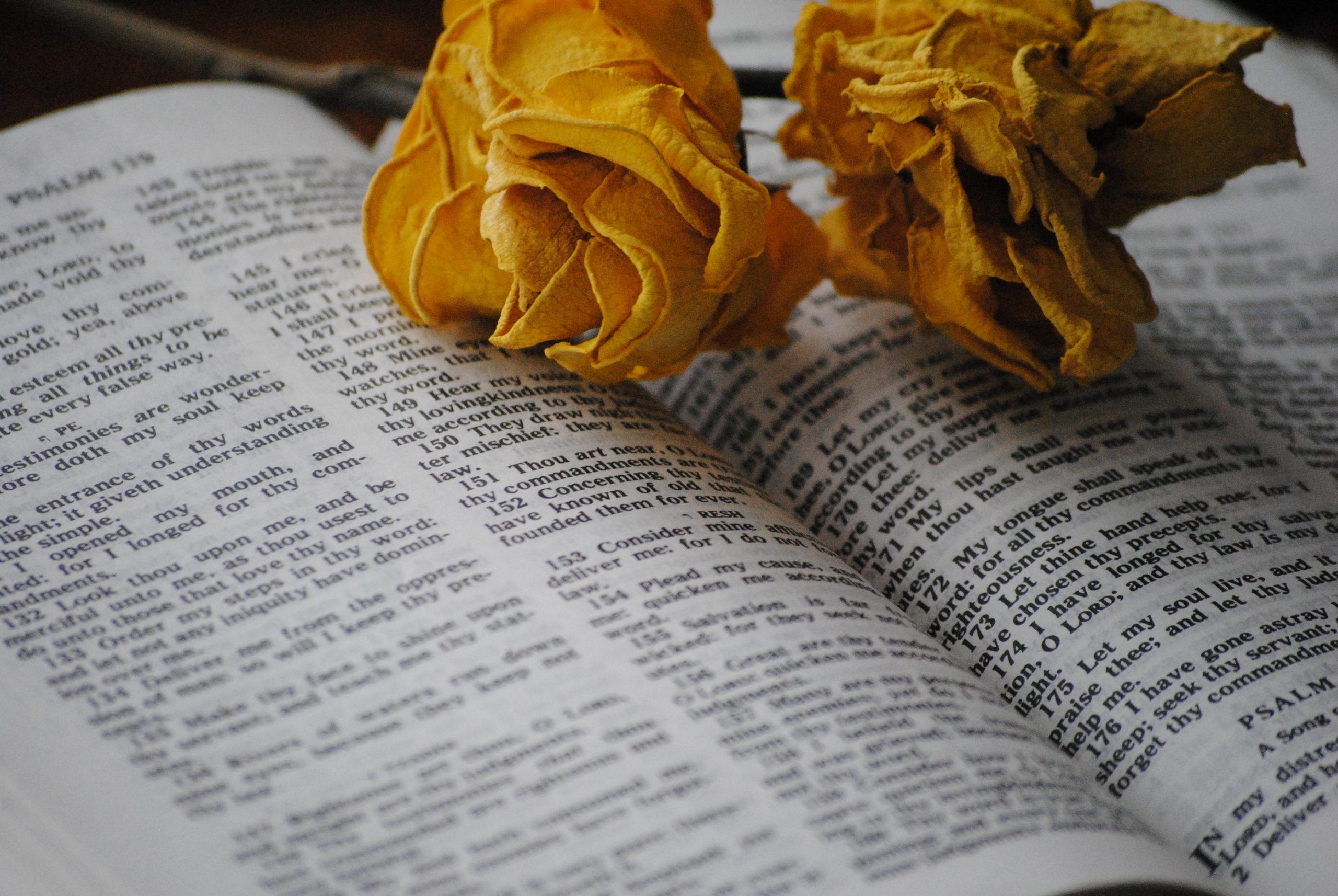 Then God said:
“Let us make man in our image, after our likeness. Let them have dominion over the fish of the sea, the birds of the air, and the cattle, and over all the wild animals and all the creatures that crawl on the ground.”

God created man in his image; in the image of God he created him; male and female he created them.

God blessed them, saying:
“Be fertile and multiply; fill the earth and subdue it. Have dominion over the fish of the sea, the birds of the air, and all the living things that move on the earth.”

God looked at everything he had made, and he found it very good.

The Lord God said:
“It is not good for the man to be alone. I will make a suitable partner for him.” So the Lord God formed out of the ground various wild animals and various birds of the air, and brought them to the man to see what he would call them; whatever the man called each of them would be its name. The man gave names to all the cattle, all the birds of the air, and all wild animals; but none proved to be the suitable partner for the man.

So the Lord God cast a deep sleep on the man, and while he was asleep, he took out one of his ribs and closed up its place with flesh. The Lord God then built up into a woman the rib that he had taken from the man. When he brought her to the man, the man said:

“This one, at last, is bone of my bones and and flesh of my flesh; This one shall be called ‘woman,’ or out of ‘her man’ this one has been taken.”

That is why a man leaves his father and mother and clings to his wife, and the two of them become one body.

The servant of Abraham said to Laban: “I bowed down in worship to the Lord, blessing the Lord, the God of my master Abraham, who led me on the right road to obtain the daughter of my master’s kinsman for his son. If, therefore, you have in mind to show true loyalty to my master, let me know; but if not, let me know that, too. I can then proceed accordingly.”

Laban and his household said in reply: “This thing comes from the Lord; we can say nothing to you either for or against it. Here is Rebekah, ready for you; take her with you, that she may become the wife of your master’s son, as the Lord has said.”

So they called Rebekah and asked her, “Do you wish to go with this man?” She answered, “I do.” At this they allowed their sister Rebekah and her nurse to take leave, along with Abraham’s servant and his men. Invoking a blessing on Rebekah, they said:

“Sister, may you grow into thousands of myriads; And may your descendants gain possession of the gates of their enemies!”

Then Rebekah and her maids started out; they mounted their camels and followed the man. So the servant took Rebekah and went on his way.

Meanwhile Isaac had gone from Beer-lahai-roi and was living in the region of the Negeb. One day toward evening he went out . . . in the field, and as he looked around, he noticed that camels were approaching. Rebekah, too, was looking about, and when she saw him, she alighted from her camel and asked the servant, “Who is the man out there, walking through the fields toward us?” “That is my master,” replied the servant. Then she covered herself with her veil. The servant recounted to Isaac all the things he had done. Then Isaac took Rebekah to his tent; he married her, and thus she became his wife. In his love for her Isaac found solace after the death of his mother Sarah.

Raphael and Tobiah entered the house of Raguel and greeted him. Raguel sprang up and kissed Tobiah, shedding tears of joy. But when he heard that Tobit had lost his eyesight, he was grieved and wept aloud. He said to Tobiah: My child, God bless you! You are the son of a noble and good father. But what a terrible misfortune that such a righteous and charitable man should be afflicted with blindness!” He continued to weep in the arms of his kinsman Tobiah. His wife Edna also wept for Tobit; and even their daughter Sarah began to weep.

Afterward, Raguel slaughtered a ram form the flock and gave then a cordial reception. When they had bathed and reclined to eat, Tobiah said to Raphael, “Brother Azariah, ask Raguel to let me marry my kinswoman Sarah.” Raguel overheard the words; so he said to the boy: “Eat and drink and be merry tonight, for no man is more entitled to marry my daughter Sarah than you, brother. Besides, not even I have the right to give her to anyone but you, because you are my closest relative. But I will explain the situation to you very frankly. I have given her in marriage to seven men, all of whom were kinsmen of ours, and all died on the very night they approached her. But now, son, eat and drink. I am sure the Lord will look after you both.” Tobiah answered, “I will eat or drink nothing until you set aside what belongs to me.”

Raguel said to him: “I will do it. She is yours according to the decree of the Book of Moses. Your marriage to her has been decided in heaven! Take your kinswoman; from now on you are her love, and she is your beloved. She is yours today and ever after. And tonight, son, may the Lord of heaven prosper you both. May he grant you mercy and peace.” Then Raguel called his daughter Sarah, and she came to him. He took her by the hand and gave her to Tobiah with the words: “Take her according to the law. According to the decree written in the Book of Moses she is your wife. Take her and bring her back safely to your father. And may the God of heaven grant both of you peace and prosperity.” Her then called her mother and told her to bring a scroll, so that he might draw up a marriage contract stating that he gave Sarah to Tobiah as his wife according to the decree of the Mosaic law. Her mother brought the scroll, and he drew up the contract, to which they affixed their seals.

Afterward, they began to eat and drink.

On their wedding night Tobiah arose from his bed and said to his wife, “Sister, get up. Let us pray and beg our Lord to have mercy on us and to grant us deliverance.” Sarah got up, and they started to pray and beg that deliverance might be theirs. They began with these words:

“Blessed are you, O God of our fathers; praised be your name forever and ever. Let the heavens and all your creation praise you forever. You made Adam and you gave him his wife Eve to be his help and support; and from these two the human race descended. You said, ‘It is not good for the man to be alone; let us make him a partner like himself.’ Now, Lord, you know that I take this wife of mine not because of lust, but for a noble purpose. Call down your mercy on me and her, and allow us to live together to a happy old age.”

They said together, “Amen, amen.”

When one finds a worthy wife, her value is far beyond pearls.
Her husband, entrusting his heart to her, has an unfailing prize.
She brings him good, and not evil, all the days of her life.
She obtains wool and flax and makes cloth with skillful hands.
She puts her hands to the distaff, and her fingers ply the spindle.
She reaches out her hands to the poor, and extends her arms to the needy.
Charm is deceptive and beauty fleeting; the woman who fears the Lord is to be praised.
Give her a reward of her labors, and let her works praise her at the city gate.

Hark! my lover – here he comes, springing across the mountains, leaping across the hills.
My lover is a gazelle or a young stag.
Here he stands behind our wall, gazing through the windows, peering through the lattices.
My lover speaks; he says to me, “Arise, my beloved, my dove, my beautiful one, and come!
“O my dove in the clefts of the rock, in the secret recesses of the cliff,
Let me see you, let me hear your voice, For your voice is sweet, and you are lovely.”

My lover belongs to me and I to him.
He says to me: “Set me as a seal on your heart, as a seal on your arm;
For stern as death is love, relentless as the nether-world is devotion; its flames are a blazing fire.
Deep waters cannot quench love, nor floods sweep it away.”

Blessed the husband of a good wife, twice-lengthened are his days;
A worthy wife brings joy to her husband, peaceful and full is his life.
A good wife is a generous gift bestowed upon him who fears the Lord;
Be he rich or poor, his heart is content, and a smile is ever on his face.

A gracious wife delights her husband, her thoughtfulness puts flesh on his bones;
A gift from the Lord is her governed speech, and her firm virtue is of surpassing worth.
Choicest of blessings is a modest wife, priceless her chaste soul.

Like the sun rising in the Lord’s heavens, the beauty of a virtuous wife is the radiance of her home.

The days are coming, says the Lord, when I will make a new covenant with the house of Israel and the house of Judah.

It will not be like the covenant I made with their fathers; the day I took them by the hand to lead them forth from the land of Egypt. But this is the covenant which I will make with the house of Israel after those days, says the Lord. I will place my law within them, and write it upon their hearts; I will be their God, and they shall be my people.

No longer will they have need to teach their friends and relatives how to know the Lord.
All, from least to greatest, shall know me, says the Lord.

Two are better than one: They get a good wage for their toil.

If the one falls, the other will help the fallen one. But woe to the solitary person! If that one should fall, there is no other to help.

So also, if two sleep together, they keep each other warm. How can one alone keep warm?

Where one alone may be overcome, two together can resist. A three-ply cord is not easily broken.